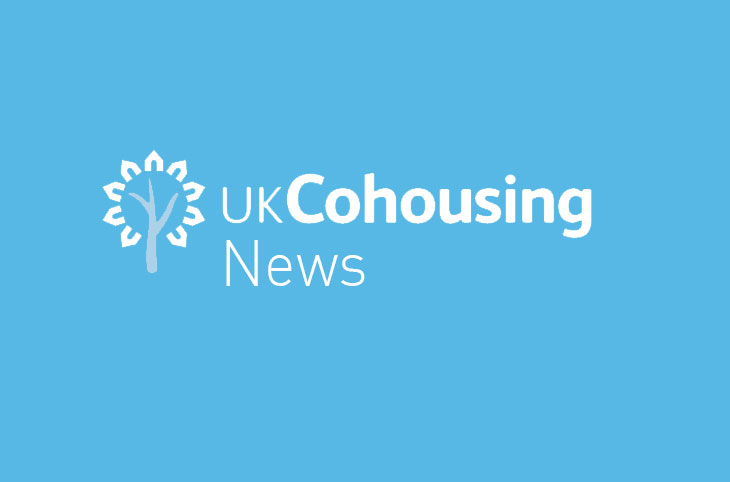 The AGM will be held online

To attend please register in advance for this meeting at the link below:

After registering, you will receive a confirmation email containing information about joining the meeting.

There can be a maximum of 9 Elected Directors, a third retire at each AGM (based on length of service). This means Frances Wright (Marmalade Lane), Barbara Simpkins (Cannock Mill) and Simon Bayly (Copper Lane) are retiring by rotation at the AGM and seeking re-election.

Catherine Boswell and Chris Coates are retiring at the AGM.  In addition, Roger Wade retired during the course of the year.

There are six vacancies and five candidates in total. There will be a vote on each candidate. Candidate profiles are included below.

After close of formal business:

Updates from selected projects, regions and nations to include:

To be a Member, a cohousing group must be fully paid up at the time of the AGM, payments need to be received by 10am on 20th June.

Every Member cohousing group may appoint a nominated representative by emailing owen@cohousing.org.uk with the name of their representative who will be attending the AGM on its behalf before 10am on 20th June.  If this has not changed since the last General Meeting there is no need to notify UKCN.

If that representative is then unable to attend the AGM then there is a right to appoint a proxy – details are set out below.

Right to appoint a proxy

If a Representative of a Member may be absent at the Annual General Meeting any Person may be appointed to act as their proxy. The UK Cohousing Network require a notice of the appointment of a proxy to to be in the required form (see below) and emailed to owen@cohousing.org.uk 24 hours before the start of the AGM.

Proxy notices may specify how the proxy appointed under them is to vote (or that the proxy is to abstain from voting) on one or more of the resolutions, otherwise the proxy notice shall be treated as allowing the Person appointed the discretion as to how to vote on any matter.

A Person who is entitled to attend, speak or vote (either on a show of hands or a poll) at a general meeting remains so entitled in respect of that meeting or any adjournment of the general meeting to which it relates.

An appointment using a proxy notice may be revoked by delivering to the UK Cohousing Network a notice in writing given by or on behalf of the Person by whom or on whose behalf the proxy notice was given.  A notice revoking a proxy appointment only takes effect if it is delivered before the start of the meeting to the above email address or the adjourned meeting to which it relates.

If a proxy notice is not signed by the Representative of the Member appointing the proxy, it must be accompanied by written evidence that the person signing it has the authority to execute it on the Representative’s behalf

I am a founder member and resident at Copper Lane Cohousing in Hackney, London, a small six-dwelling project that was completed in 2014. I teach and research work as an academic in the creative arts, with a special interest in groups, collaboration and non-hierarchical organizing. I have been a UKCN director since 2020 and have been supporting our CEO on strategy and projects. With Frances Wright (from Marmalade Lane, also a current UKCN director) I was recently part of a large multi-disciplinary architectural team commissioned to produce a proposal for a 120-unit, cohousing-influenced building at the Meridian Water development in Enfield. I am particularly interested how we can learn from the past to shape the future of collective approaches to living together at scale (from the mediaeval monastery to unbuilt Soviet-era apartment design), issues around group cohesion and decision-making in CLH projects and how cohousing projects can become ‘anchor’ organisations within larger neighbourhoods by providing publically accessible community services and facilities. I see the core strength and purpose of UKCN as a welcoming space for peer-to-peer learning. As a director, I am committed to the contribution we can make in supporting community-led housing projects and allied ways of thinking that engage a range of interlocking contemporary issues, from the the crises of the climate emergency and affordable UK housing to rising levels of social isolation, loneliness and psychological distress.

After visiting a cohousing community in Canada with friends in 2011,. we became involved in Still Green, a Quaker inspired cohousing group in Milton Keynes for over 50s, and in Cohousing Woodside. In 2020 when our options at Still Green continued to look some years away we took the opportunity to move to Marmalade Lane in Cambridge, where we now live. Still Green is now progressing. After several unsuccessful attempts to acquire land it is working with the developer TOWN, and is part of a wider Love Wolverton regeneration scheme. With planning permission obtained in August 2021 the group is now engaging in a design and build exercise led by TOWN with all the challenges of financial viability and gaining group consensus for the many decisions. Practical completion is expected at the end of 2024.
I believe in the networking potential of UKCN to help inform decisions through sharing of what has worked and what has not worked in other cohousing groups. I am keen to spread the word about cohousing so that it is better known amongst those in political, policy and decision-making roles in the housing world and amongst more and more people for whom this might be a personal option for them. I am particularly keen to champion the advantages of cohousing for those approaching retirement. I have had a career in international development and am now retired.

My cohousing experience includes;
cofounding Pinakarri cohousing community in Perth Australia and designing my own home there along solar principles.
Cofounding Swansea CoHousing
upwards of two decades experience in house sharing, so have learned some useful collaboration and negotiation skills.
Swansea, like many other places in the UK, is experiencing an escalating housing crisis that is putting local people at the mercy of absent landlords. This is increasing local poverty, disconnection and lack of civic pride.
Cohousing builds a sense of connection and ownership across boundaries especially when it is Intergenerational, inclusive and mixed tenure. If we are to leave a just and meaningful legacy for future generations, we urgently need to connect coherently, share our knowledge and skills, design systemically and with agility. We can build community capacity and agency by showing that cohousing and social urban design are integral to a thriving and sustainable future.

I am a founder member of Cannock Mill Cohousing in Colchester. After 14 years we finally moved in and have been living here for two and a half years. I have been a Board member of UK Cohousing Network for three years. Other than Cannock Mill, I don't have experience in the housing field, but worked in economic regeneration and adult education during my working life, now retired. I am particularly interested in the development of community and group dynamics in our community. We spent many years planning and delivering 23 houses and flats, and all our energies went into this, without paying attention to how we function as a group. Almost as soon as we had moved in, lockdown happened and I feel that this interpersonal development of how we live together has been overlooked. In the meantime, ways of living have evolved throughout lockdown and it is difficult to reflect constructively on where we are and whether our expectations have been met. It is this aspect of living in a cohousing community which particularly interests me. I think UKCN has an important role to play in the development of healthy functioning cohousing communities and it offers the opportunity to bring cohousing groups together to explore these issues. I think the cohousing cafes have been very successful in bringing groups together to share ideas and learn together, an opportunity which might not have happened except for lockdown.

I live in Marmalade Lane, home of Cambridge Cohousing (aka the K1 Cohousing Project). I have been a director of UKCN for 2 years, joining just before the Covid lockdown. I act as company secretary and recently facilitated the change to a Community Interest Company. I am a former solicitor and worked in HR and Governance for many years. I now work for TOWN, who were the enabling developer for Marmalade Lane.