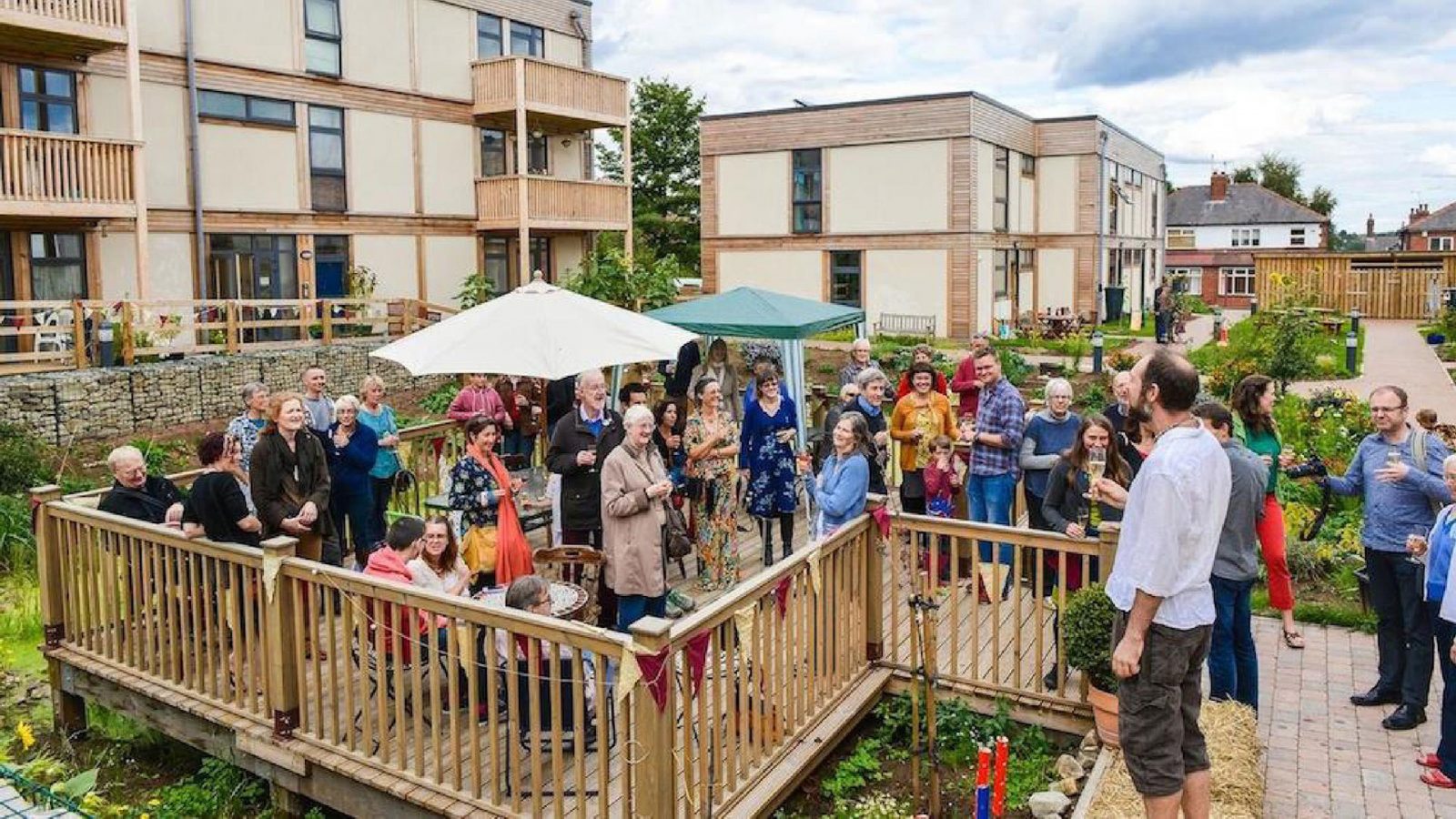 We’ve had some excellent candidates for the vacant elected and appointed UKCN board vacancies.  This comes at a time when the Network Chair, Stephen Hill, and Vice Chair, Dr Phil McGeevor, are both standing down, having done so much to prepare the Network for the task ahead of exploding the opportunities to create, and live in cohousing in the UK in the years to come.

They have left the Network having helped establish the UK Cohousing Trust which focuses on education and research that will increasingly help to support the sector with evidence and case studies (more on that soon).  UKCH has a strong relationship with other key national partners through its role in Community Led Homes that will benefit the support of community-led housing in the future that will support an innovative new democratised housing sector.

To have a full complement of board directors from around the UK, from forming groups and established cohousing groups, to support a new dynamic CEO and trustees of the Trust, the future is bright.

We invite our members to vote the following directors onto the board at the forthcoming AGM.  There is one vote per member group and, of course, you could organise a proxy vote for your group if you can’t attend.  We really hope you engage by attending the AGM, vote for and meet the board, so that we can use this meeting as a catalyst to move relationships forward and help one another create more cohousing in the UK.

My own cohousing project – ICLIHAR – is still in its planning phase, but I believe that cohousing can and should demonstrate best practice in terms of sustainability and social relationships.  This is even more relevant now, given the existential threat and the climate catastrophe.  I have experienced the power of networking to facilitate understanding and provide information and solutions to group members. I think that I can contribute to this, and I see the role as complementary to my work as a Founder of an intentional cohousing community.

I believe that my eight years’ experience in the Trelay cohousing community has given me a good background in community life.  I feel strongly that communal living has many benefits for residents, visitors and the inherent low impact of the lifestyle is also a benefit to the planet.  I would like to promote the concept.  I also feel that there is a strong need to bring existing groups together both to share experience and to promote issues such as planning in communities.

I’ve been a member of Cannock Mill cohousing since its inception about 15 years ago (I have tried to stop counting the years!).  I was Chair for the first few years, established sub groups, organised an away day to help build and sustain the organisation by sharing the workload and integrating new and old members into a cohesive organisation. I’ve been an active member of the finance subgroup and drafted our successful major bid to the Homes and Communities Agency.  Since the development at Cannock Mill has taken off, I have participated in other subgroups, particularly the garden, social and legal ones. Although now retired, I spent my working life in community economic development and was CEO of a third sector organisation so becoming involved in cohousing is a natural extension of my working life.

I have been interested in cohousing for over 25 years, and after several abortive attempts to start or join cohousing projects (e.g. Frankleigh House in Bradford on Avon, Springhill in Stroud) was a founder member of the Trelay community in Cornwall in 2007.  I was inspired by cohousing after visiting Postlip community in Cheltenham and a saw such a difference in the teenagers encountered at Postlip.  They were mature and self-confidence, helpful and responsive, such a contract with youth I was working with in London at a youth charity  My son benefited substantially from his time at Trelay and his social skills and willingness to participate and contribute to hgroups have clearer contributed to his success at work – his salary is now more than double mine!

In my work, I specialise in airtightness in buildings and have worked on most of the Passivhaus shames in the UK to date, including both the Lancaster Cohousing and most recently on the Cannock Mill cohousing scheme.  My expertise as a Passivhaus expert and consultant can be a contribution to new and future cohousing schemes.

I am committed to the growth of cohousing in the UK, passionate about what cohousing has to offer, and believe there is a real opportunity in the current climate for a rapid growth in the number of cohousing communities being built in the UK. I first became interested in cohousing at the time Spring Hill was being built and in the years that

followed the UK Cohousing Network enabled me to keep in touch with what was happening as I looked for the opportunity to join a community that worked in terms of my work and family commitments and my finances. It has taken me 20 years to achieve my dream and I feel privileged that that has been possible. I really want to support others to achieve their dreams and for cohousing to became a realistic option for many more people. I was involved with Oxford Cohousing before moving to join Cambridge Cohousing’s K1 project just before the tendering process for an enabling developer. I was one of a few individuals in the group who then acted as a liaison person between the group and the enabling developer, TOWN. I moved into the community in December 2018. I took the decision recently to resign from my work as Director HR & Governance of a national learning disability charity to work with TOWN in a role focused on their work with other cohousing projects. I am now slowly developing my understanding of the developer perspective. I believe I am well positioned to be able to contribute from my experience of being involved in cohousing from a number of different perspectives.  I am a qualified solicitor although I have not practiced in law for many years and would be comfortable working alongside others on the forthcoming leasehold reform.

As a founder member of Copper Lane Cohousing, I am passionate about contribution that cohousing initiatives and ways of thinking can make to a range of interlocking contemporary social issues, from the crises of climate emergency and affordable UK housing to rising levels of social isolation, loneliness and psychological distress. Since the completion of Copper Lane in 2014, I have personally hosted visits from over 500 architecture and urban planning students from universities in the UK and abroad, as well as visits from over a two dozen cohousing research projects and emerging cohousing groups. As part of a small cohousing project in which all members had to be actively involved with the full range of tasks involved in such a complex and challenging project, I feel that I’ve acquired a significant of practical knowledge and know-how which I am keen to share more broadly, including project visioning and planning, construction finance, meeting facilitation and organisation, accounting and cost management, working with architects and community development. I am also very keen to learn from others in exploring the opportunities for cohousing as spaces of collaborative and collective learning – how these communities evolve and ‘grow’, not just in terms of size but in their broader social role.

I am an experienced, knowledgeable and passionate advocate for alternative, more environmentally sustainable models of new housing, my experience includes Community Land Trusts, Cohousing and new build speculative development. The projects range from single dwellings to new towns of 5000 plus homes. I have been involved in project development from concept to completion and have obtained helped obtain planning permissions for 000’s of new homes, some of which have gone on to win awards (Great Bow Yard, Langport, Somerset). I am currently managing a 25 unit CLT project near Andover that has received CHF Funding. Within my role at the Good Homes Alliance we have been promoting Alternative Housing Delivery Models actively since 2017.

Academy of Urbanism event that afternoon.  drinks to follow.