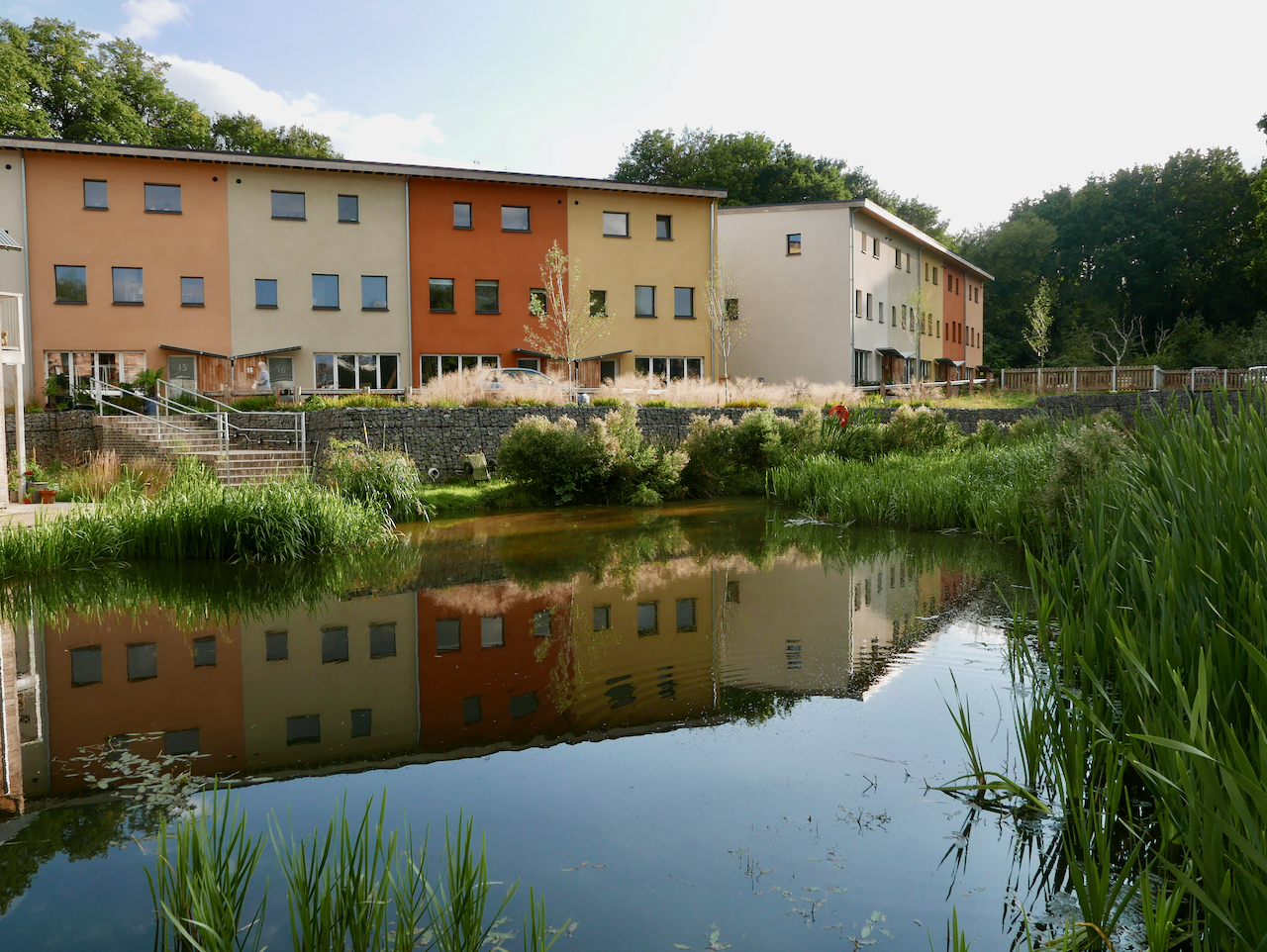 Trying to prove the social value of cohousing – Frances Wright

Frances Wright, UKCN board member, Marmalade Lane resident and Head of Community Partnering at TOWN, recently conducted a survey of cohousing residents using a new format for looking at the measuring the social value of good design.  She not have enough responses from other cohousing communities to look at a wider context beyond Marmalade Lane so these results are from Marmalade Lane:

the agree or strongly agree response rate in relation to Marmalade Lane were all over 90%.

Not surprisingly for a cohousing context for the following questions the positive response was 100%:

In the context of the design process, the response rate was over 90% in agreement with these statements:

There were some questions with lower positive response rates:

I feel it is safe for children to play outside my neighbourhood had a positive response rate of 85.71%.  (We are a fairly open site surrounded by roads so perhaps this isn’t entirely surprising.)

What was interesting about the survey was that all questions were asked both in the context of Marmalade Lane and their previous home and although these questions had relatively low positive response rates in comparison to the other questions, nonetheless all showed improvements on how people felt about where they were living previously.

In fact there was only one question in the whole survey where there was not an improvement on where people had lived previously, and it had the lowest positive response rate:  just 52% responded positively to I feel I am able to adapt my home to meet my needs.

What lies behind that lower positivity?  Our planning permission has given us no permitted development rights so planning permission is needed for most improvement to our homes in addition to community agreement being necessary.  Smaller modifications, nonetheless significant in the cohousing context, like increasing the height of the walls surrounding private gardens also need community agreement.  In a different context, I asked the same questions in a survey of our wider development, Orchard Park, and interestingly this was the only question where the positive response was higher than for Marmalade Lane even though I believe they also do not have permitted development rights. It appears that the downside of cohousing is a sense that autonomy is being lost.

The survey for Orchard Park did not have the same response level as within Marmalade Lane so the results need to be treated with caution but to give an indication of the scale of difference in positivity, to the question – I feel that the design of my neighbourhood lifts my spirits the positive response rate was 15%, the the question my neighbourhood gives me opportunities to stop and talk with people regularly – 39%, and for people look out for each other here – 54%.

A few of the survey questions can be mapped across directly to the HACT social care values which give an annual monetary value to the outcome, after taking into account attribution (what is as a result of design) and deadweight (what would have happened anyway).  So for instance, being able to talk to your neighbours regularly in our context has a social value worth £161,575 pa across the 42 home community (which would then be discounted by 3.5% a year) and being active in a tenants group £125,602, even with a conservative assumption of one third of adults being involved in community decision-making.