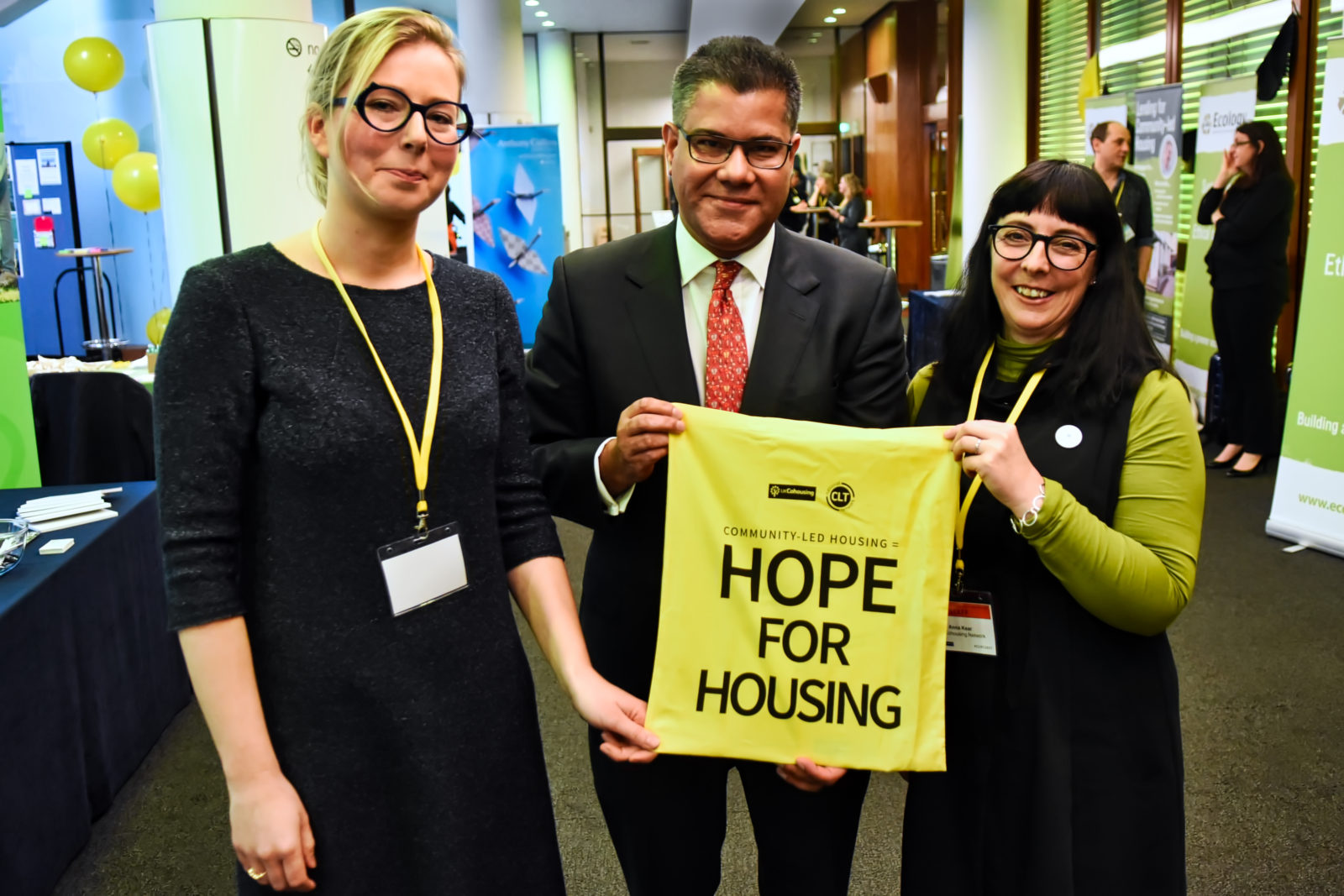 The Housing Minister, Alok Sharma MP, has confirmed that to Community Housing Fund, will continue for the next four years.

Addressing a packed-out Congress Centre in London for the first-ever Community-Led Housing Conference, the 500 delegates, including many cohousing groups, heard how £240million will be allocated to invest in the existing enabling networks across the country and the national infrastructure that is needed to build a sustainable movement for the long term.

Groups will be able to apply to Home England for funding from January 2018. It is expected that allocations will then take place in April 2018. It is forecast that the Fund will aid the delivery of nearly 13,000 additional homes by 2021.

Together with the National CLT Network and the Confederation of Co-operative Housing (CCH), UK Cohousing have been campaigning for news on the Fund since March 2017. Members from each organisation have also played a vital role, with more than 50 MPs who were contacted by groups going on to lobby the Minister.

You can read the Minister’s full speech here.

“The Community Housing Fund has been a great success in its first year, and so I am pleased to announce that we will be re-launching in the New Year.

“The Fund has helped get projects off the ground across the UK and the grants were paid to authorities that had the least affordable homes or the highest density of second homes.

“We have committed to continue to provide a further £60 million each year until at least 2019/20 which totals an investment of £240 million over four years. This is another step towards helping people get a foot on the housing ladder”

“We have welcomed working with Government on the design of the Fund and look forward to this continuing through the newly announced advisory board.

“The Government has listened to the need to develop a coherent programme for the Fund. At its heart will be capital funding for community-led housing projects and pump priming investment in a sustainable support infrastructure that gives communities the expert support they need to deliver homes and faster.

“This will create a real market that will deliver long after this Fund comes to an end.”

“We are delighted that the Government has reinforced its commitment to community-led housing, recognising the valuable role it plays in delivering homes people need and diversifying the housing market.

“The Community Housing Fund is an opportunity to grow the community-led housing movement from hundreds of communities building homes, to thousands, and build a proper market for the sector.”