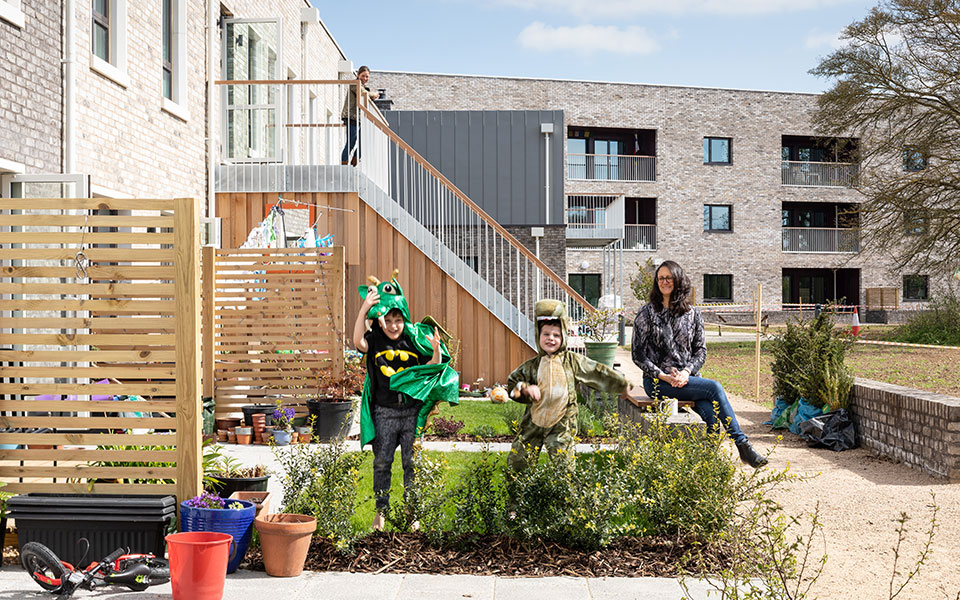 Co-living: a threat or opportunity for cohousing?

Just recently, it’s been pretty hard to avoid reading about the wonders of co-living. Search for it once, and you’ll be deluged ever after with helpful suggestions to read stuff from the World Economic Forum, the Royal Society of Arts, the Money, Arts, City and Society pages of the Guardian, as well as the commercial offers from co-living developers…which is perhaps the key to why co-living features so high on such suggestion listings…there’s big money in it.

I decided to write this blog, as every article I read on co-living also talks about cohousing; sometimes helpfully distinguishing it from co-living, but mostly assuming that they are interchangeable terms with commonly shared benefits. I would really like to know if our cohousing communities feel this is an opportunity or a threat.

My point of view, which follows, is that of an urbanist and land economist thinking how those disciplines relate to the ‘sociable housing’ objectives of our Cohousing Principles. This is only one view. If you have another, please share your opinion.

Cohousing is action research about the future of urban living

Back in August, I wrote a polite but angry comment in response to this barely concealed commercial puff piece in Housing Today Co-living: the friendly future of UK housing?  Shortly afterwards, the Guardian published a more thoughtful article contrasting the lived experience of OWCH and Marmalade Lane cohousing projects with living at The Collective in Willesden: ‘Co-living’: the end of urban loneliness – or cynical corporate dormitories? Good though this piece was, such analysis needs to go beyond contrasting co-living and cohousing. Whatever co-living is or isn’t, we do need to think afresh about how we will have to live in cities in the future.

I have been coaching mid-career built environment professionals for many years. When actually asked to think about it, they all consistently assume that the zero carbon urban housing and cities of 2050 will be based on more collaborative ways of living, both in terms of city governance and resource use and management, with very different and more flexible forms of occupation rights compared to now. What worried me was that these very experienced designers all confirmed that they never are asked to design for how we will live in that rapidly approaching future. They design the kind of housing that is firmly rooted in the present, at best, and the past, at worst.

Co-living has been described by its commercial promoters as “challenging housing’s status quo”. No, it doesn’t! Co-living has very quickly become just another financialised ‘build-to-rent’ housing product, designed to extract economic rent from weak market players and which very efficiently transfers wealth from low and middle income households to the already wealthy. Many of the benefits of ‘living in community’ described by co-living promoters are real enough, but they come from the agency of citizens and the autonomy of occupiers to shape the environment and the social structures needed to realise those benefits. Co-living offers an essentially passive consumer experience of occupying space and receiving predetermined services at optimised fee levels.

Our cohousing colleagues in Ireland have written very compellingly about this, in response to the arrival of co-living developers in Dublin; not just to develop but to trade speculatively in land, based on co-living’s particular ability to maximise rental yields per square foot. According to a shadow housing spokesman for one of the opposition parties in the Dail Eireann, a city centre site in Dublin was bought by a co-living developer, with an existing planning permission for conventional housing over mixed use at ground floor. The developer got a new permission for a similarly sized co-living project, and sold it for twice what they paid, in less than 12 months.

My overwhelming experience of visiting a co-living project was of the obvious lack of opportunities for and evidence of the kind of autonomous self-organised social and governance activities that do exist in intentional communities, and places that have been able to build up social capital over time. Community living is not another consumer choice; it’s hard work!

To the best of my knowledge, there is NO EVIDENCE for the ‘success’ of co-living products anywhere in the world to justify the claims of combating loneliness. Indeed, most of the independent writers acknowledge the claims as speculative; what might happen in the future. There is SOME EVIDENCE of the benefits of living in cooperatives, cohousing communities and other forms of community or collaboratively owned and controlled housing.

The possibly laudable early stage objectives of co-living developers does not mean those objectives can ever be achieved; think what’s happened with social media platforms. The recent troubles at We Work, the leading co-working developer, shows that flexible short term occupancy models fail to understand the unavoidable underlying characteristics of property development and investment: its illiquidity and the importance of the quality and continuity of rental covenants.

For co-living, the underlying characteristics of proximity and co-location do not equal community. The attractiveness of another build-to-rent option like co-living will indeed appeal to the huge weight of global institutional and private equity, clean and dirty, looking for a profitable short term home. But it is that home that shapes the product, not the needs of the occupier.

Should the Network and Trust be doing anything about co-living? In 2015, our conference crowd-sourced a very effective new Manifesto for the Network. Should we crowd-source a campaign against co-living and for cohousing? Or what? Threat or Opportunity? Please let us know what you think…