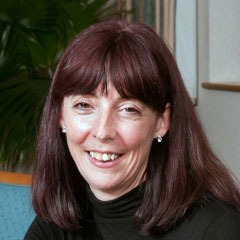 The idea of cohousing is now understood and warmly thought of by many many more people thanks to the excellent coverage of New Ground Cohousing in the media this month. The wonderful women from OWCH, who as well as moving in to their new homes, organised the media events, telling their stories and giving the general public the most powerful and attractive message of what cohousing means to them. I have to admit to shedding a tear or two watching it.

At a little seasonal gathering yesterday evening in our terrace, I was asked what I do by a neighbour’s friend whom I’d not met before, I replied I work for the Cohousing Network and the response was not the expected ‘what’s that?’ but oh yes cohousing like those amazing women have created. Thank you OWCH you are truly pioneers!

As understanding grows new doors are opening for cohousing every day, like an advent calendar of opportunities:

I’ve led a rather jet-set lifestyle since the last blog (well, easy jet), to meet the very welcoming Cohousing Northern Ireland group and to attend the Say hello to Cohousing event in Glasgow, with Pennington Cohousing group. I’ve also connected with Alice from CohousingUS (via phone rather than plane) which was so lovely to share our common cause. I’ve met with some of our newest group members St Congar’s Cohousing and London Older Women Lesbian Cohousing; attended the Housing Commission of the Co-operative Council’s Innovation Network, spoken at the Town and Country Planning Association’s conference on planning for better ageing, been in contact with the Welsh Government’s expert group on housing and met with Stonewall’s housing specialist and officer’s from the Greater London Authority.

It was great to see so many of you at our AGM in Leeds in October, and I loved the opportunity to catch up with what you are up to at the social afterwards. I feel privileged to be working alongside such an array of talented energetic people.

Thank you all for your continued support, the increase and retention of our members makes a real difference to enabling all this work to happen, and thanks especially to our great little team of supporters, Jane and Bridie, for all their hard work over the last year.

I hope you all have a very good Christmas and I look forward to a great new year ahead,