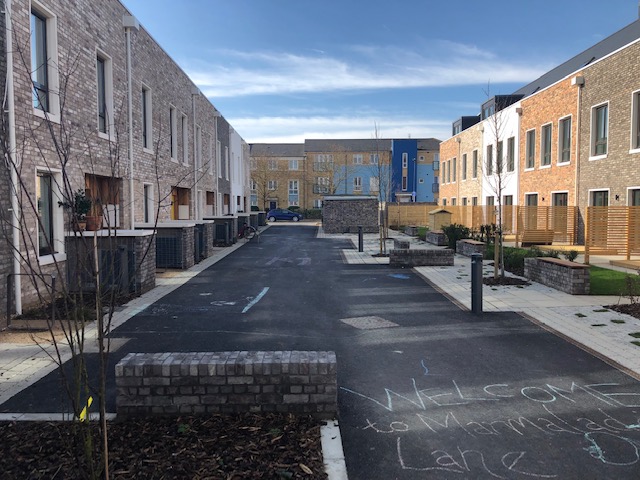 A few members of our group were fortunate to have a tour of Marmalade Lane recently with Ebbsfleet Development Corporation who are looking at great examples of intergenerational housing for the new garden city in North Kent. The tour was led by one of the residents and TOWN, the developer behind the project.

We were absolutely blown away by the generosity of the residents, who only moved in less than two months ago after a long period of hard work and anticipation. We felt very welcome, saw all the common facilities and one of the resident’s home, and had all our questions answered. This generosity and openness seems to be a common theme among the cohousing communities that our members have visited in the past.

We were particularly impressed with the scale of the shared facilities in the common house building. There’s a large light filled dining area, seated lounge around a wood-burning fire, a playroom, fully equipped kitchen, laundry, three guest bedrooms, an upstairs library with balcony over the shared gardens, a community room which looks over the dining area below and all this leads to, and forms part of, the block of flats, which they cleverly managed to share just one lift for both facilities. There’s another building elsewhere with rooms for a gym and workshop, as well as shared allotments and bike sheds.

It was very inspiring to see a completed scheme, designed and delivered to such a high standard. At the end of the visit we all could visualise a similar development in Ebbsfleet or elsewhere in Kent much more clearly and affirmed our shared commitment to making it happen. As Susie Meade, one of our group said at the end: “I want Marmalade Lane, but in Kent’. Praise indeed. 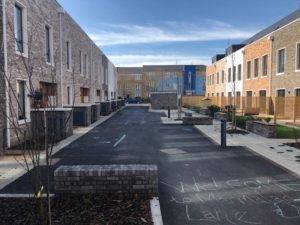 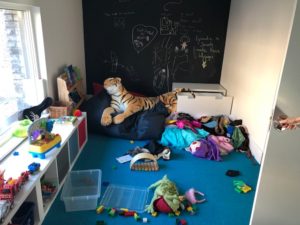 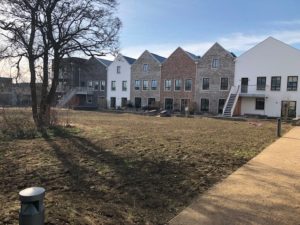 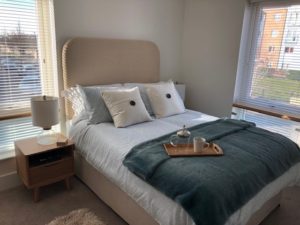 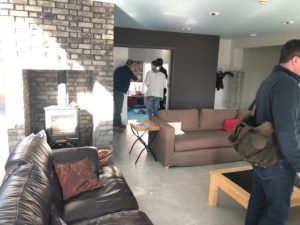 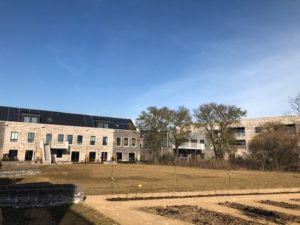