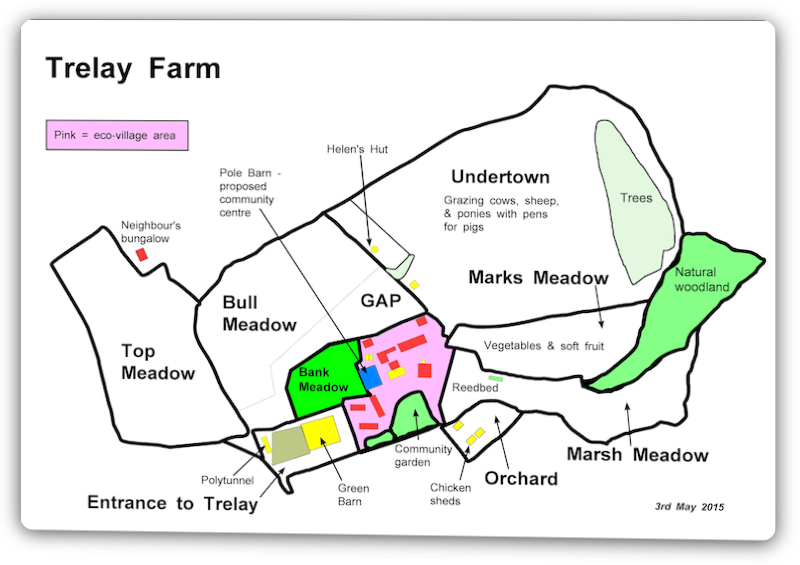 So the question is, what is a dwelling? It’s not the same as a house, or a room, or a flat. We set up our cohousing community nearly 9 years ago, and during those years we have found out a good deal about what is and what isn’t a dwelling according to various authorities. This time of year it is timely to talk about winter fuel allowance.

My partner and I have a separate house/dwelling/flat, and it does get cold and we do need heating! There are five of us here at Trelay who are old enough to qualify for winter fuel allowance, two couples and a single person. The rule says: £200 for the first person and £100 for their partner, which is fair enough. But additionally the rule says: £100 for any other person at the same address! So only one Trelay pensioner gets £200 and the other four get £100!!! Heigh-ho, a small price to pay for the joys of cohousing.

The census people found it all too confusing. They gave has a handful of forms and went away.

The planners said it is OK for two families to share one house, as long as the house has full residential planning permission – they said people often do these days; young couples often cannot afford to buy a house for each couple. They also said there is no need to get permission for the temporary separation of house into flats. I explained that we may put the stairs back in if a bigger house is needed for a family. The planner asked us if we still had the stairs which we had taken out and I said, “Yes, they are in the barn”, and he said, “Well you can put them back in then, can’t you?”, which I took to be his justification for accpeting what we had done as a temporary state of affairs.

The Council Tax people said we have to tax each house separately. They have a ‘bricks and mortar’ test which determines what a house is, so some of our houses are actually two houses in their opinion if there are two flats in a house. We asked them if they would reassess Trelay as one property and they said no, but they were quite keen for us to take them to a tribunal.  This was becasue the valuation officer was a just man, and he could see that we were all living together at one address, with only one rubbish collection for example. He said the results of the tribunal would put ‘a stake in the ground’ when future communities discussed the issue. He was definitely on our side in his heart! It was decided that the bricks and mortar test is correct, they must charge each house, but they declared us to be a ‘single hereditament’ (meaning that each house is part of a whole and has a low value because it couldn’t reasonably be sold separately) and they put all the houses down to Band A! So that was a success. 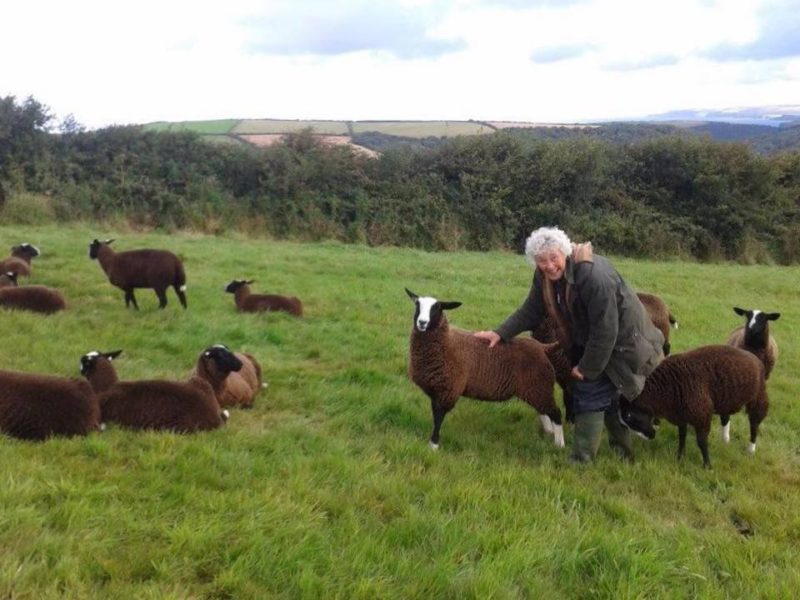 We wrote to the TV licence people and said we have one address with lots of residential rooms, rather like a family house with a TV in each bedroom, so could we have one single licence please? In fact we have very few TVs, and we have been known (when there is an important football match, for example) to move the one with a big screen and all gather in one front room to watch something. But they said no, we didn’t count as one household according to their rules, everyone with a TV here has to have a licence.

I think the Inland Revenue rule is the funniest. They determine if there is a separate household or not according to whether there is a fridge. So if you live with your grown-up daughter and she has a fridge in her room, that proves she eats independently from you and so is a separate household. So paradoxically, although I obviously do need to be assessed separately for income tax, I could argue that I don’t need to, because I don’t have a fridge in my living space at Trelay, because I always eat in the Communal kitchen/ dining room in the Farmhouse!

(Legal disclaimer: you may have guessed, I am not a lawyer, so I may have misinterpreted some or all of the laws of the land. But there are many that could do with a revision with cohousing in mind!) Jackie Carpenter, jackie@trelay.org, Trelay Cohousing Community, North Cornwall