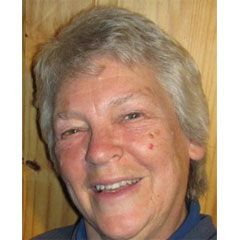 Loneliness is a hot topic nationally and supporters of cohousing have long known that this is a type of housing that deals with this issue at source. So we have been pleased to have discussions with Andrew Prendergast, who took up the newly created post of Rural Housing Enabler with Cornwall Council earlier in the year and who has the local portfolio for working with communities developers, landowners and elected members to identify local housing needs and proactively deliver affordable housing through a range of options.

Andrew visited Trelay Cohousing Community several months ago. Trelay is a rural retrofit cohousing scheme, having been developed on a site which used to be a farm with holiday cottages. He was particularly impressed with the diversity of our ages and our wealth. He pointed out that, of all the community-led housing models he is looking at, that the cohousing model is one which simultaneously solves the common problems of young people not having enough money to purchase property, and older people suffering from loneliness.

In Trelay’s case the capital to set up a scheme has come from mostly older people who have sold the houses that they owned, together with a mortgage held by the Trelay non-profit company, effectively guaranteed by the private capital. People with little or no capital can be part of the cohousing scheme by paying into the mutually-held mortgage.

The older people who have chosen to join the cohousing community are surrounded by young people and children. Two more babies were born in 2018, and another one is due in February! Loneliness and social exclusion are not part of life in a cohousing community, and life is always varied and interesting. Sometimes it can be emotionally exhausting, but it is never boring!

At our meeting in November, Andrew said he has submitted an application to the Community Housing Fund to enable him to deliver modules of training in Cornwall, one of which will be on cohousing, so we hope soon to be spreading the word on these twin benefits of a multi-age cohousing community.